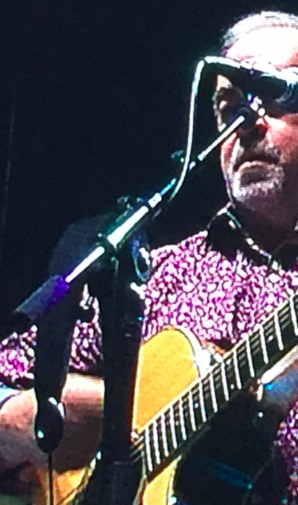 We are a full-service music production company that looks beyond the confines of four walls to allow for projects of all sizes and budgets. McKiller Music is Tom and Lynda McKillip. Applying combined decades of experience we target your goals, share industry resources, refine your vision and help bring it to life.  Some of Tom's preferred lower mainland recording studios are The Warehouse and The Armoury in Vancouver, and Studio Downe Under in Abbotsford - all state-of-the-art facilities with a price point for every project.

We fill multiple roles in addition to record production: songwriting, grant writing, project management, gigging (sax, vocals and guitar) and music directing for live shows. Depending on the project, you may require one or many since every artist and every production is unique. We will help you craft a music project that reflects your goals and artistry, and exceeds industry standards.

For over a decade Tom also acted as M.D. of the CCMA’s national-televised, annual awards show.  His involvement with the event had him working closely with scores of Canadian artists including Michelle Wright, Paul Brandt, Jann Arden, George Canyon, Gord Bamford, Brett Kissel, and Tom Cochrane, and has enriched his relationships within the Canadian music industry.

During the 2010 CCMA’s, Tom teamed up with Juno-award-winning Kevin Churko, a Canadian Forces Band and CMT, to produce and film a video tribute to the Canadian Forces called “Standing Strong and True”, which aired nationally in November 2010 and has received over 7 million views on FaceBook and YouTube. Not only is Tom a writer on the song, he also coordinated the production, recording and filming of the entire project, which featured a huge cast of prominent country artists. Proceeds were (and remain) directed to families of fallen Canadian soldiers.  https://youtu.be/mGXUgUYR0DE

In 2007, on the ninetieth anniversary of the Battle of Vimy Ridge, McKillip served as M.D. for the re-dedication of the Vimy Monument in France. The moving performance on the monument by the Canadian Forces Band – featuring Susan Aglukark OC – inspired Tom to develop and create a musical initiative honoring Canada’s rich military history. In 2014 his company was the recipient of a $1.2 million funding award by Heritage Canada, musically commemorating Canadian military contributions world-wide. One of the prominent components of the project was the filming of a spectacular Ian Tyson performance of the classic “Four Strong Winds” with the Naden Band of the Royal Canadian Navy.  https://www.youtube.com/watch?v=MRUZdixBdlE

In 2018 Tom spearheaded the production of a groundbreaking compilation album in partnership with the CCMA (Canadian Country Music Association Hall of Fame), the Thompson Okanagan Tourism Association (TOTA) and Creative BC.  ‘Then and Now – Volume 1’ is an album of twelve duets, pairing up legendary Hall of Fame inductees such as Ian Tyson, Sylvia Tyson, Murray McLauchlan and Michelle Wright with current country stars including The Washboard Union, Jess Moskaluke, Brett Kissel and Aaron Pritchett. The album was released at the 2018 CCMA’s in Hamilton ON and plans are underway for the development of ‘Then and Now – Volume 2’.

As a long-time believer in the depth of the Canadian talent pool and the reformative power of music, Tom is passionate about involving himself in the many possibilities for awareness, connection and entertainment that can be created by Canadian music initiatives.